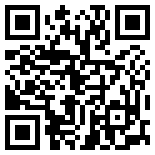 Description: Genistein is one of the most abundant isoflavones in soy and is one of several known isoflavones. Isoflavones compounds, such as genistein and daidzein, are found in a number of plants, but soybeans and soy products like tofu and textured vegetable protein are the primary food source. Because of its similar structure to that of human estrogen it is also called a phytoestrogen. Genistein is a natural bioactive compound derived from legumes and has drawn because of its potentially beneficial effects on some human degenerative diseases. It has a weak estrogenic effect and is a well-known non-specific tyrosine kinase inhibitor at pharmacological doses.

Pharmaceutical Effects: Genistein is a kind of polyphenols compound which can be found in soy and red clover and other plants with its molecular structure being similar to 17β-estradiol and having antioxidant activity and high affinity towards estrogen receptor. It can inhibit the activity of protein tyrosine kinase (PTK) and topoisomerase enzyme activity II with capability of inducing programmed cell death and improve the efficacy of anti-cancer drug as well as inhibit angiogenesis, and so on. It is one type of flavonoids (also called isoflavones) and is often found together with isoflavones called the isoflavones. They are all called soy isoflavones. Those benefits of these kinds of compounds on human health have been studied extensively and it is a promising cancer chemopreventive agent with significant impact on preventing cancer and other diseases. Genistein is the major phytoestrogens in the present study.

Plant Source: legume Genista (broom).
Clinical Applications: it can be used for female beauty care and prevention of blood diseases and cancer.
Genistein contains polyphenol structure with the hydrogen atoms in the phenolic hydroxyl group being prone to dissociate from external oxygen atom from the external interaction, leading to the formation of hydrogen ions to play reduction effect. This is the structure basis for the capability of the genistein of anti-oxidative and reductive. So those substances in food can fight against superoxide anion radicals, blocking the chain reaction of free radicals and play a role in anti-oxidation.
Genistein is not a hormone, but because it can bind to estrogen receptors and plays a weak estrogenic effect, it is called phytoestrogens. Because the activity of isoflavones is only 1/1000 of the estradiol which can competitively bind with estrogen receptors, exhibiting two-way adjustment with the resulting estrogenic effects of much lower harmful effects than estradiol and further with protective effect on then hormone related diseases such as menopause, osteoporosis, elevated blood lipids, etc; for patients of high levels of estrogen, it exhibits anti-estrogenic activity and can prevent breast cancer, endometriosis with two-way balance adjustment function.
Genistein, for the rat high cholesterol induced by TNT (trinitrotoluene) WR1339, has effect of lowering serum cholesterol and triglycerides with the effect on the later one being particularly significant.

Physical and Pharmaceutical Property: It appears as pale yellow dendritic needle-like powder with the melting point being 297 ℃-298 ℃; It is soluble in common organic solvents but almost insoluble in water. When being dissolved in dilute alkali, it will become yellow color.

Uses: It has anti-tumor, anti-fungal, blood lipid-lowering and can fight against estrogen activity

Uses: genistein is an isoflavone commonly found in soy. It has demonstrated uV-protection properties through anti-oxidant activity. Studies indicate genistein can promote collagen synthesis, making it applicable in anti-aging cosmetics.

Uses: Genistein, a phytoestrogen found in soy products, is a highly specific inhibitor of protein tyrosine kinase (PTK) which blocks the mitogenic effect mediated by EGF on NIH-3T3 cells with IC50 of 12μM or by insulin with IC50 of 19 μM.